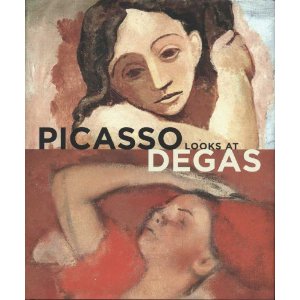 Picasso looks to Degas exhibition is a link for the first time, two of the most important artists of modern times. The show explores the fascination that Picasso expirencied lifelong for the work and personality of Edgar Degas, and will show the artistic tools used by the two artists, drawing, pastel, painting, sculpture, printmaking and photography.

The exhibition casts a new light on the emergence of modernism in the twentieth century, when a new generation assimilated, reinvented or away from the Impressionist art of their predecessors. Degas to show through the eyes of Picasso reveals significant aspects of how the artists perceived the past and revisits the very radicalism of Degas.

The exhibition includes 120 to 130 pieces, including many paintings and sculptures of two artists with the aim of giving adequately documented examples of direct responses dePicassoa Degas and unexpected conceptual affinities between their works.
The thematic sections cover Picasso's early academic training, the young artist's interest in the imagery of modern life Degas's obsession shared by both painters toilette scenes three-dimensional experiments of Picasso, which can be compared to Degas, the period of Picasso's fascination with the ballet and the long dialogue with the French artist in the graphic work of Picasso's last years.
The show can be seen from October 5, 2010 to January 16, 2011, the Picasso Museum, c / Montcada 15-23

Create this event to your calendar

ERTOs and self-employed benefits will be extended until September 30

Flowers stands of the Ramblas are decorated with art