Winners of Rosas de Plata in their 24th Edition 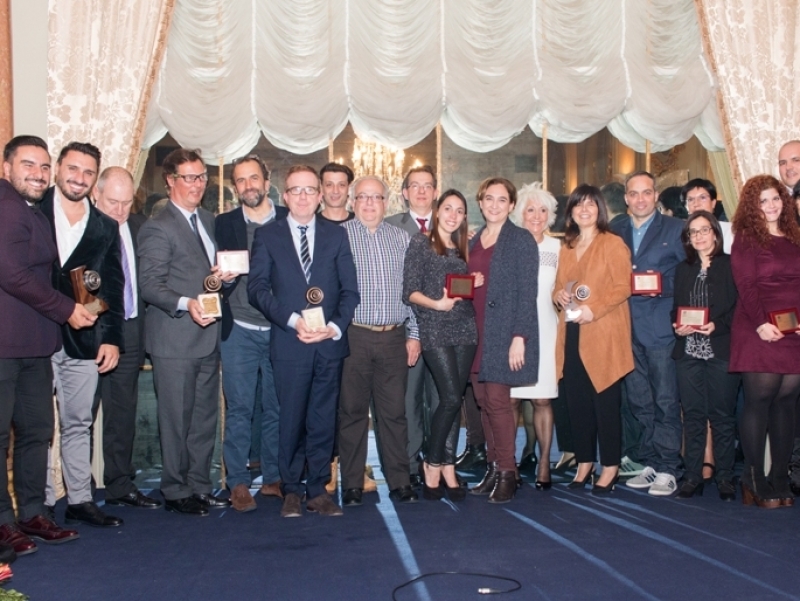 On Tuesday 29 February our sales Axis Barna Centre gave the Silver Rose Awards, which since 1993 contribute to the promotion and recognition of business the center of Barcelona.
The ceremony, held at the Hotel Palace, attended by the mayor of Barcelona, ​​Ada Colau.

In this 24th edition, the prize Seller newly established fell to the Basque restaurant, El Pintxo of Petritxol and for best remodeling of an establishment, the prize is divided into two shops, shop Bags Calpa and Cortefiel.

You pulses finalists in the category were newly established for L'Antiquari; Bacoa; Gelateria Giovanni; Alpargatus; Ghostzip; Bossanova and natural cosmetics.

As for Pulses establishment finalists in the category were remodeled for: Farggi; Conesa Self entrepans and Roca.

The Silver Rose awards, while highlighting the work of traders city center also want to recognize the efforts of the industry to innovate constantly reinvent themselves and make visible the linkage of trade associated with the territory.

The ceremony also honored with a bronze rose trajectories Javier Cottet for his commitment as president to revitalize the world of retail, tourism and partnership of the city of Barcelona and TV3, Value Added, in recognition their reports on a weekly basis to help understand the key economic times