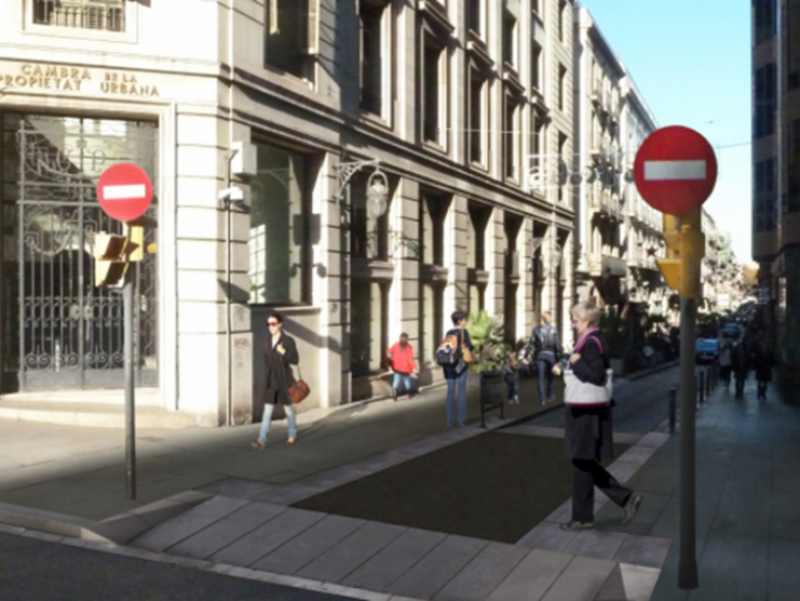 The performances, which include about 3,000 square meters, will begin during this summer and is scheduled to end in April 2019.

The Barcelona City Council has initially approved the project of renovation and improvements in sidewalks of Via Laietana. The main objective of the action is the improvement of pedestrian space and the walk between the Gothic quarter and Sant Pere, Santa Caterina i la Ribera with an intervention that includes a 3,000 square meters and has a budget of 1 million euros.

This performance proposes, on the one hand, to give continuity to the two sidewalks of Via Laietana, in meeting with the perpendicular streets where remains make unique platform. And, on the other, to repair the pavement surfaces to improve accessibility and mobility, making it also a review of the corrupt urban elements. Thus, the seven including the joints should correspond to the intersections with streets Thomas unexploded ordnance; Julian Portet and Dr. Joaquim Pou; Jaume and plaça de l ' Àngel; Princess; Manresa; Angel Baixeras; Joan Massana; and the Consulate of the sea.

These interventions seek to improve environmental conditions and the use of these spaces. For this reason, in these areas will be carried out a development that should allow clearance for pedestrians, with a configuration similar to the platform only and eliminating the curbs.

With regard to the settlement of sidewalks, it will step in in some sections of the sidewalks where the pavement is impaired or lack of safety for pedestrians, fundamentally, document and paving for driveways. In total, it will step in in a 1,200 square meters where it modifies the existing pavement.

The forecast is that the proceedings be started during the summer and end in April 2019.