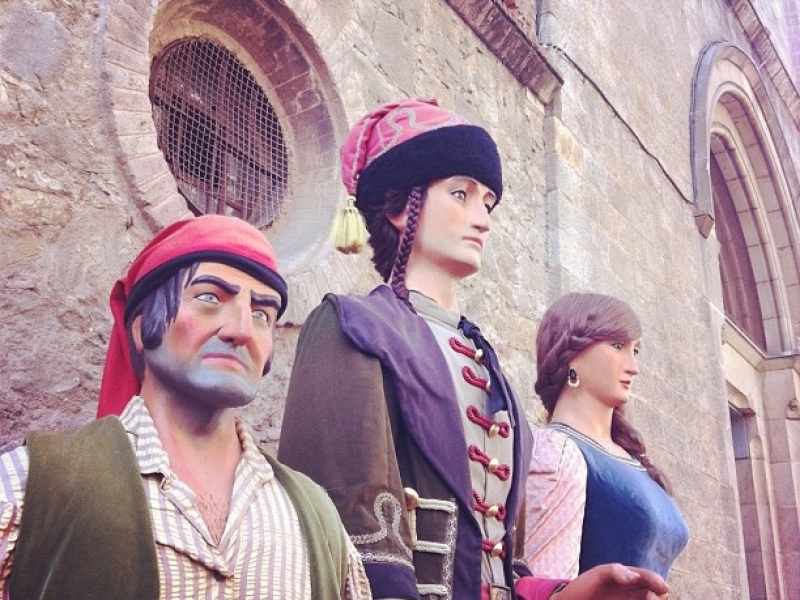 The last 22, 23 and 24 March, and as every year around this time, the festivities of Sant Josep Oriol have again filled with joy on the streets of Gothic, with the traditional walks of giants the hoisting of the floral offering to Sant Josep Oriol, the opening of the festivities that this year did our friend Miquel Carner, president of the Association of Merchants and Neighbours of the streets Portaferrissa Cucurulla and Boters, and the launch of chocolate coins for children .
All of these activities have been on the streets, including the original dance of the small giants, the new image of the small giants _ go find a detail, rumba concerts and film music, parades, infantile festivals, have managed to fild with joy the streets and surely the kids and neighbors are eagerly waiting they return to take place next year.
Festivals such as Sant Josep Oriol, and days such as street trade are essential for proper cohesion of civil society of the District, and for a peaceful coexistence between neighbors, merchants and foreign visitors. Until next time!