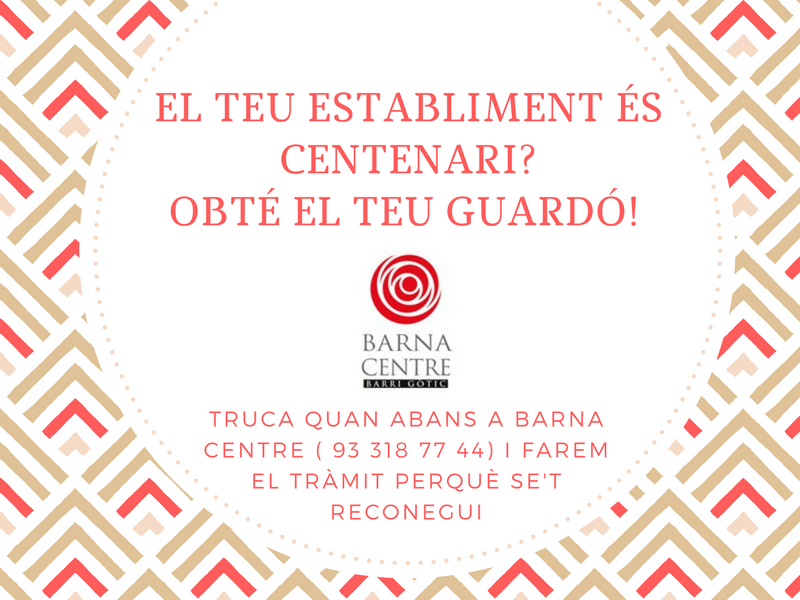 The National Prizes to the Centenarian Commercial Establishments distinguish the establishments in active that along more than one hundred years have offered a service of quality, all adapting to the changes in the needs of purchase of the citizenship

can present his candidatures until the next 13 of June, so if during the year 2017 have done the 100 years or more, announce it to us when before better and will do you the request because everybody recognise it to you.

Barcelona will open their shops five holidays until 20h