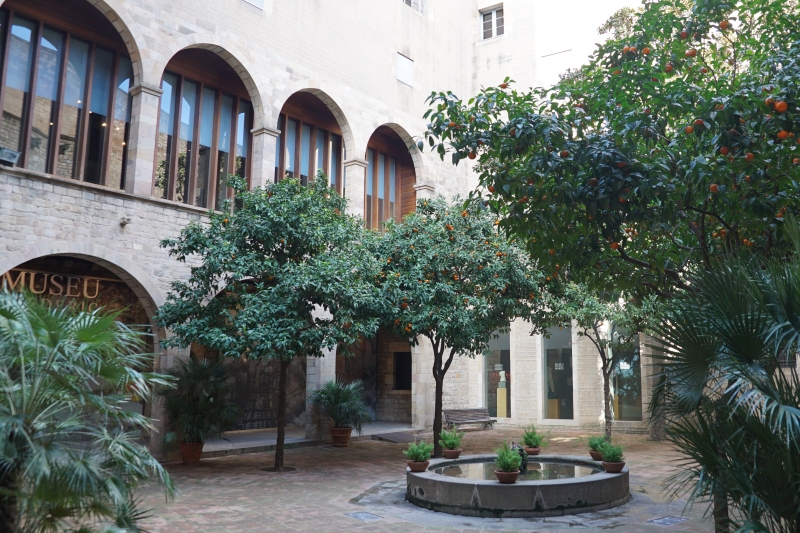 The Museu Frederic Mares is a unique collector's museum that preserves the collections met its founder, the sculptor Frederic Marès (1893-1991), and who through their donations became part of the heritage of the city of Barcelona in 1946. Two years later he opened the museum, housed in some of the old Royal Palace of the Counts of Barcelona, in the heart of the Gothic Quarter, which preserves the yard or verger.

Frederic Marès sculpture became something more than an artistic vocation. Throughout his life brought an extensive collection of Hispanic sculpture from ancient times until the nineteenth century, which predominates in religious polychrome carving and is the most uniform section of the museum. Marès also gave some of his own sculptures, exhibited in his studio-library.

In the cabinet of the collector are shown tens of thousands of objects that make up a large collection of libraries and document lifestyles and customs of the past, mainly from the nineteenth century. You can find endearing and unusual, such as pipes, watches, jewelry, photographs, toys, key lock, pharmacy jars and relics, which, presented in an intimate atmosphere, evoking the particular universe of Frederic Marès.