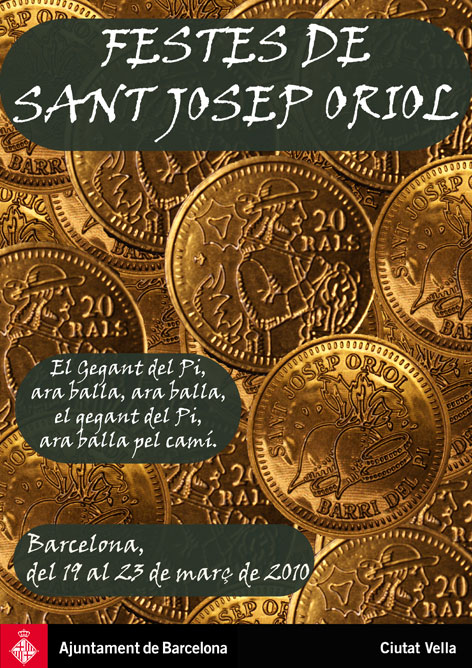 From the 19 to 21 of March take place the celebration through the streets and squares of the neighborhood surrounding Pl. Sant Josep Oriol. For three days, they show the legend of the saint and the famous bandit robberies Perot Rocaguinarda, one of the most legendary residents of the neighborhood.
Most events are staged by the giants of Pi, one of the oldest in Catalonia: Mustafa and Elisenda are original from 1601, while the Oriol and Laia dating from 1780. The year 1995 was added gegant Lladre What Perot.
The celebrations, which take place from 1995 with the support to the Friends of the Giants of Pi and traders and it's made in honor of this saint of Barcelona, who was born and lived in the Ciutat Vella the second half of the seventeenth century. The neighborhood surrounding the church of Santa Maria del Pi has always had a special reverence for the figure of Sant Josep Oriol, known by the nickname "Dr. bread and water" and who is said to have stood out for its dedication to sick and the poor, and for his austerity.